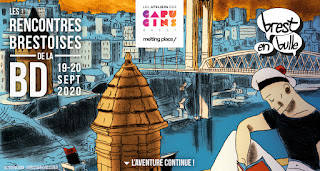 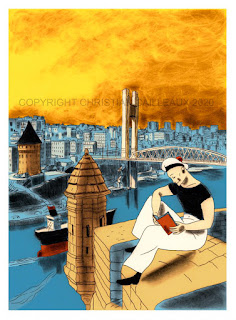 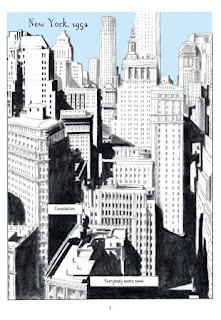 “It’s exciting to see noted YA author Timothée de Fombelle’s first foray into comics nominated for both the Eisner and Angoulême awards,” says editor Dean Mullaney. “I fell in love with Gramercy Park before I even read a word. Christian Cailleaux’s drawings so captivated me that I didn’t even wait for a translation before acquiring the English-language rights. 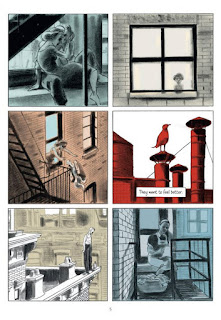 Translator Edward Gauvin explains: “When Dean asked me to do this book, I’d never heard him so excited. Taken by Christian Cailleaux’s art and impatient to find out the story, he’d run the book one speech balloon at a time through Google Translate. I’m grateful he gave me a crack at it afterwards…

“…I’d read Timothée de Fombelle’s YA fiction before, and thought of him as a deft storyteller, adept parceling out pieces of his intricate puzzle plots one tantalizing piece at a time. But I didn’t expect to find myself plunged into a neo-Hitchcockian thriller of lonely people in thrall to pain and historical forces. Individuating the voices for de Fombelle’s varied cast, from hardboiled repartee to melancholy narration, was key to this work—a task in which I continually drew inspiration from Cailleaux’s rich visual characterization.” 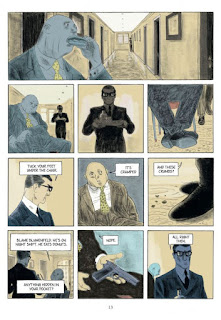 Edward has been a dominating force in this year’s Eisner nominations: four of his translations have received nominations, and he copy-edited two others! 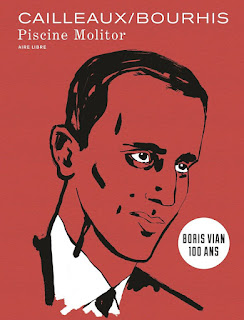 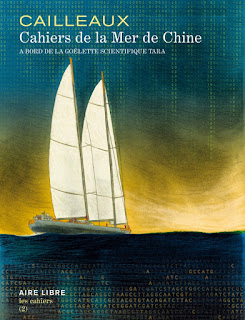 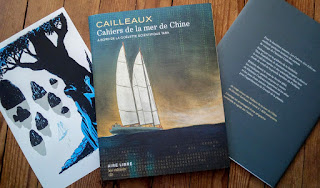 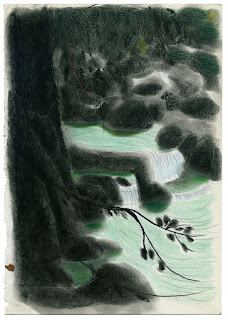 Cailleaux in ENGLISH is here :